*Hard to write about this one without spoiling a little

A charismatic jeweler makes a high-stakes bet that could lead to the windfall of a lifetime. In a precarious high-wire act, he must balance business, family and adversaries on all sides in pursuit of the ultimate win.

Listen to this premise, Adam Sandler playing a New York Jeweler named Howard Ratner who is a compulsive gambler, and has run ins with Kevin Garnett and The Weekend. Sounds like a typical Sandler comedy far huh? Well when the Safdie Brothers (Good Time) are involved, it is nothing like you have come to expect for Sandler. Uncut Gems is a non stop, in your face romp that showcases the Safdie’s skill with urban tension and Sandler’s ability as a dramatic actor.

Gems opens in Ethiopia to show where the famous Gem comes from and to show the life of the Ethiopian Jews. Soon though, you are dropped into the high pace world of New York Jewelry and OFF WE GO. It is a highly competitive and extremely Jewish environment, that for me as a Jew it felt very relatable. Howard Ratner (Adam Sandler), though does not just deal diamonds, he also lovesssssss to gamble especially on absurd basketball parlays. Soon we see him in deep with numerous different bookies and loan sharks and we watch his downward spiral, all while enjoying his charming personality. Oh and all this happens while you are sitting in your seat with your heart pounding with anxiety for 130 straight minutes. Juicers I beg of you please bring your pacemakers.

One of the best parts of Gems is that it feels so authentic and that is exacerbated by the fact that the Safdies literally casted guys right off the street to make this feel real. They had real jewelers and pawn shop guys that felt so Jewish New York and I absolutely loved it.

I know Juicers, how can one of the most popular actors of all times stock get any higher you ask? Well maybe put together an Oscar level performance that makes you see him in a whole new light. It almost makes you wish he took more of these projects over the years. This was a part that Sandler seemed born to play man did he absolutely bring it from start to finish. I really hope he at least gets an Oscar nomination because he deserves it for this performance.

She was fantastic as Howard’s mistress and again as I said above just felt so authentically New York. She had the accent, the attitude and the look to make the character really work. I am very excited about her future.

This is my guy, loved him in Straight Outta Compton, LOVE him in Atlanta, Get Out he was hilarious, and man did he crush it in Sorry to Bother You. But holy hell after Knives Out, this, and his big rom com with Issa Rae next year, he is in full breakout mode. I love what he is doing in this movie and damn that orange sweatshirt was bright.

EVER HEARD OF HIM? The NBA LEGEND puts in a serious performance in this movie as not a cameo but a major role. He can definitely act and honestly it is crazy how he has just not aged in 8 years.

(Also people forget but he was in Blue Chips in 1994, what an absolute banger of a movie that is if you haven’t seen it.)

EVER HEARD OF HIM? The New York Radio LEGEND also puts in an extremely respectable performance as Howard’s bookie and we see him Cuss in public which is a treat as well! 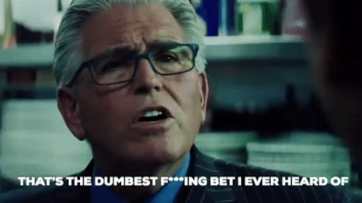 This is absolutely one of the best movies of the year and officially announces Josh and Benny Safdie as top level directors. They crafted an unbelievable world and story and found a way to bring the very best out of Adam Sandler. Gems is not for the faint of heart but WOW, if it is not a hell of a ride. 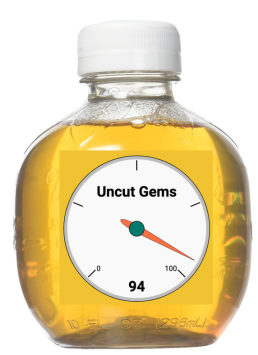