*I will not say anything about the twists or the reveals

A detective and a trooper travel to a lush estate to interview the quirky relatives of a patriarch who died during his 85th birthday celebration.

Murder Mysteries are always a genre that movies have fallen back on for years. It can be the classic format such as Murder on the Orient Express, Death on the Nile, and Clue. Or it can be more like Seven, Mystic River, or Zodiac (or just basically anything David Fincher Makes). In recent years people have tried, but nothing really clicked with audiences due to the tiredness of the format. That is why Rian Johnson’s new Whodunnit is such a revelation, because it finds a way to be original while also maintaining the classic format.

The movie opens with the death of Harlan Thrombey and in classic fashion we start to see the suspicious family assemble as an investigation starts. Then the adventure begins for the audience, through twists and turns led by lead Detective Benoit Blanc (Daniel Craig). The formula is similar but the execution and the level  of wit in the script sets this apart from recent stabs at the genre.

The movie I will say really heats up with Chris Evans playing Ransom Thrombey the troublemaker of the family. He just brings so much spice out of all the characters and it brings out the best in this all star cast.

We are not going to do stocks because there is just too much greatness, so we are just going to do some character rankings here a la The Irishman.

Bond plays Benoit Blanc in this and he brings a hilarious southern drawl to this Poirot style character. Whether he is tapping piano keys, flipping his coin, or smoking his long cigars everything he does is electric. And when he gets to do his breakdown at the end it is inspired work from Craig.

Captain America is having a grand ole time here playing Ransom Thrombey, the grandson of Harlan. From the moment he shows up he is having a blast on screen and it just makes me that more excited for his post Marvel career.

Remember her name people because this girl is going to be a future star. She is more or less the centerpiece of this ensemble cast and is the audience avatar throughout. She is so good in this in the comedic parts along with the mystery and really gave a break out performance. She is teaming up with Daniel Craig again in the new Bond movie soon!

Collette played Joni, a widow of one of Harlan’s sons, and she was a modern day influencer (or wannabe at least). I thought she was very funny in a more limited role, but brightened every scene she was in.

There was really nothing wrong with Jamie Lee’s performance as Linda, Harlan’s Daughter, she just did not get a ton of screen time to play with. She and Don Johnson were an over the top couple but felt right at home in this world. Of course she livened up every scene she was in, I just wanted more!

Don had a moment talking about Hamilton that was one of the hardest I have laughed this year.

We just saw Shannon in The Current War where he was the best part of that movie. He continues the hot streak with another great performance as Walt Thrombey, Harlan’s son looking to take the family business. Shannon has the funniest moment of the movie which I will not spoil, but he is just a delight.

The 89 year old wonder played Harlan Thrombey the Patriarch of the family. He was about as good as he could be in his role seeing as the entire role was in flashbacks except one scene. Even in the scenes when he was not there though his presence was always felt.  He is truly a tremendous actor.

Lakeith Played Detective Elliot and again just did not have a ton to do here, but he did have another laugh out loud moment that every character seemed to get. He is still just a rising star in every sense of the word.

Movies like these are why people go to the theater. Does not need to be some masterful work of art, just a really well made and funny story with a great cast. Every seems like they are having so much fun in the movie and it just makes it that much more enjoyable to watch. 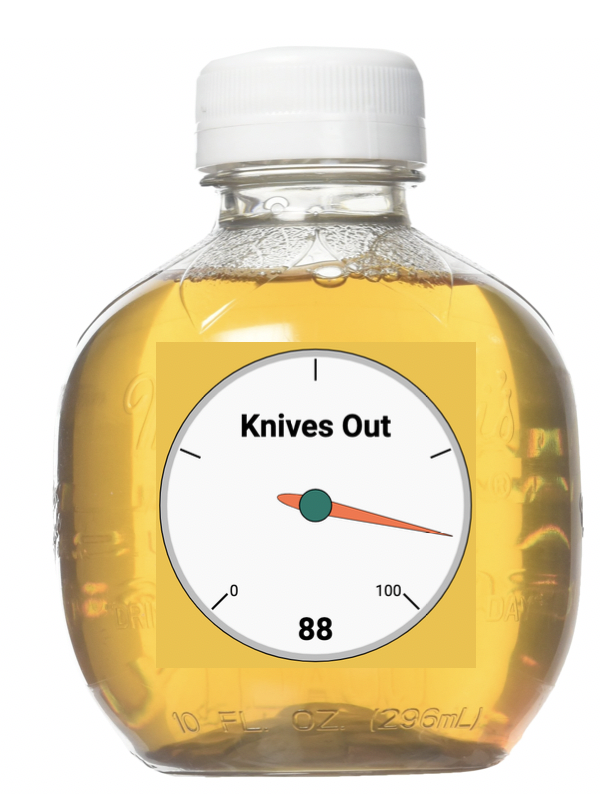 4 thoughts on “Knives Out Review”