DOLEMITE IS MY NAME…and if you have seen the movie then you know the rest! The aforementioned statement is the name of the new Netflix Biopic about Rudy Ray Moore. Who is Rudy Ray Moore? Well educate yourself…

Ok we all up to speed?

Well this man gets his due with this new comedy starring none other than Eddie Murphy! Yes you read that right, the man is back and is making a push for an Oscar (yes you read that right as well). Directed by Craig Brewer we get to see Murphy become the Hustler Moore and take on the trials and tribulations of making the movie Dolemite.

If you have never seen it, basically Dolemite is a crude blaxploitation comedy from the 70’s that had sound booms in the frame, horrible fight choreography, and the sets falling apart on screen. It actually has similarities to The Room, which ironically means that Dolemite is My Name has similarities with The Disaster Artist. They are both about trouble artists just wanting to make something they thought was great.

Through the eyes of this Biopic we get to watch Rudy Ray rise as a comedian and create a huge fanbase and become the titular Dolemite. He makes friends along the way creating the great ensemble of Craig Robinson, Keegan Michael Key, Mike Epps, and even Wesley Snipes!!

Stock Up – Eddie Murphy is absolutely back. This is his best role since Dreamgirls and he knocks it out of the park. It honestly feels like it was the role he was born to play. He completely falls into the role and is hilarious as well as uplifting. He is clearly pushing for an Oscar with his stand up and SNL appearance coming up, so we will see if that comes to fruition.

Stock Up – Keegan Michael Key has long been known as the funny guy with his partner Jordan Peele. But he has been branching out recently and is great in this moive as the writer. He gets to play the skeptic turned teammate and I loved every scene he was in.

Stock Neutral – Wesley Snipes was amazing in this movie, he showed about about halfway through and stole every scene he was in. His stock won’t necessarily go up because he has been pretty absent from movie recently, but this was a great way to comeback in a big way.

Stock Up – Da’Vine Joy Randolph was another scene stealer in this movie filled with a number of them. She showed up as Lady Reed and brought an element of compassion to the group of loud talking men. I think she is the breakout star of this movie.

This movie is just so much fun and you cannot finish it without a smile on your face. Oh and it is one of those Netflix movies, that they are pushing for awards, so just flip on the TV and watch it. 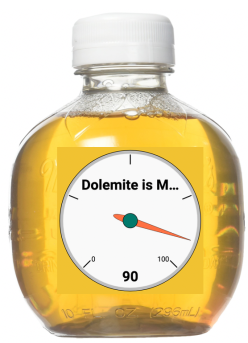 6 thoughts on “Dolemite is My Name Review”