*It is an animated movie about a Yeti

As I have talked about on this blog before DreamWorks is easily in the mix with Pixar these days as the top Animation studio in the game.

They have been backing that up with another great year so far. First, we got How to Train Your Dragon 3 and now we got a beautiful story about a Yeti and girl having an adventure together. Where have I heard that before? 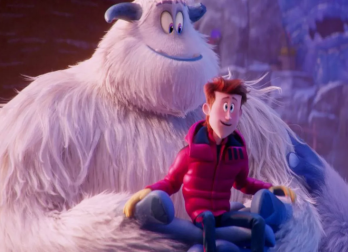 Warner Animation Group made Smallfoot (Juice Rating 74/100) and Laika Animation made Missing Link (Juice Rating 76/100) but neither really resonated with the public that much. Having DreamWorks push Abominable and the fact that it is better than both of those movies, gives it a chance to maybe hit a larger audience. Buttttt since this is Animation, lets get to the categories shall we Juicers?

Animation – A As usual I thought DreamWorks crushed the Animation portion of this movie. The Yeti looked incredible and there were some shots while Yi was playing her Violin that were truly stunning. There was just so much happiness in all the characters and the colors throughout the entire story, it made you feel great leaving the theater.

Voice Cast – C You have Chloe Bennett (Agents of Shield) in there as the main character Yi, but other than that not a ton of recognizable names. Sarah Paulson as the villain was fine…The only other person to highlight really was Albert Tsai as Peng, he brought great energy all throughout the journey.

Music – A The violin throughout the movie along with a huge montage with Fix You, really made this one of the better scores of the year. The music added to the drama of the movie and all felt like it needed to be there.

Story – B Again this story was very similar to Missing Link from a few months ago. I think they definitely told the story better though, and I felt much more emotional at the end of this movie (Yes I cry at movies no shame at all). To tell a bit about the movie, it was really just about a girl and a Yeti coming together in random circumstances, and somehow find themselves on a journey across China to Mt. Everest. There are adventures along the way of course, but the villain plot just did not work for me at all.

I thought this was at least the best of the Yeti movies in the past year. It had very fun moments and had a very emotional core. Take out some of the villain stuff, but I still think families will enjoy this.