I have been trying to write this review for awhile and I just did not know what to say honestly. The original Men in Black trilogy was, in its time, incredibly innovative while also serving as a very fun buddy cop saga. But we know in this age we are living in what is gone, is not lost forever. Sony decided to reboot the franchise and seemed to forget whaat made the movies great in the first place.

F. Gary Gray takes charge in this and as an action movie veteran he seemed like he at least had the credentials to make a respectable film. He does some good action work, but most of the time it feels like he is saddled with a rough script, and overall direction of the movie.

The movie is about Molly Wright (Agent M played by Tessa Thompson), who finished her life long dream of finding the Men in Black. She convinces Emma Thompson (Agent O) to give her a job and off she goes to London, for a training mission (LOL), to meet her new partner Agent H (the always charming Chris Hemsworth). The rest is what it is, shenanigans across many different countries, aliens, and wild laser guns. I think just besides the obvious chemistry between Thompson and Hemsworth, everything else about the movie just did not work and just made me feel like, why is this being made?

Stock Up – Tessa Thompson has just been on a heater and it does not look like it is slowing down any time soon. She is the best part of this movie by far, and I think one of the big misses of the movie is it felt like it leaned more toward Hemsworth’s arc than hers. She is a star though and now that she has been in the Marvel Universe, the Rocky Universe, and the MIB universe, I would like to see her branch out and get a starring role in a prestige film.

Stock Down – It pains me to say it but Chris Hemsworth just did not feel like he fit in this movie. As I alluded to earlier the movie inexplicably hinges on his narrative and that just did not feel right. He was a joke machine and had a moment or two, however overall it just felt like a miss for him.

Stock Neutral – Liam Neeson just keeps getting them checks, so good for him. He does his thing in this movie and that is all you can ask for.

This movie is not going to be confused for a work of art any time soon. It is just fine to be honest, but at the end of the day there was never a need to bring this franchise back. 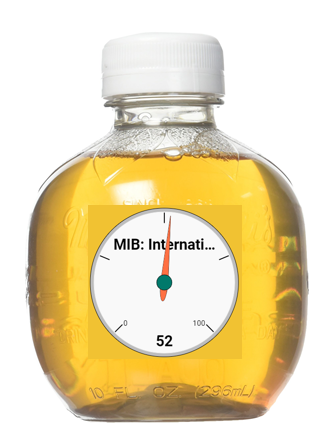