We have had a couple slow weeks in the world of Boxing but we are back with a couple big title fights this weekend on different networks. Lets get right into it and discuss everything in the squared circle this weekend.

Implications: This is Richard Commey’s first defense of his IBF Lightweight Champion. He was supposed to try and unify with WBO, and WBA champion Vasyl Lomachenko, however in his previous fight he suffered a hand injury pushing his timeline back. Now he is ready to defend against former title holder Ray Beltran. For most of his career Beltran was known as a tough guy who was Manny Pacquiao’s sparring partner. However, he finally got his due when he beat Paulus Moses for the WBO championship, and even though he lost it in his next fight he will always get to say he was a Belt Holder.

This fight is interesting because it is kind of being marketed as Beltran’s last stand. Commey has looked like a beast recently and is looking for the big fights. The winner will most likely fight Top Rank super prospect Teofimo Lopez, all leading to a full unification with the aformentioned pound for pound king Lomachenko. I think this is going to be a battle and Beltran won’t go down without a fight, but that might be his downfall due to Commey’s Power.

I think Richard Commey knocks him out in the 7th round.

CONFIRMED: The @WBCBoxing, in a head scratching move, has established @FutureOfBoxing Jermall Charlo as its new middleweight champion and “elevated” @Canelo to its first “franchise champion” of the division. Just what boxing needs: another belt!

But I digress this is Boxing and if sanctioning bodies keep handing out belts like candy then fighters will continue to eat it up. Charlo has been on the rise along with his Twin brother (Junior Middleweight Champion Jermell) and they have become two of the most marketable guys in Boxing. The talk, they have swagger, and they knock people out. The issue is they fight for the PBC so they rarely ever actually “fight.” He has had two fights at Middleweight, one where he ran through Hugo Centeno, but then had a ton of trouble with the awkward late replacement Matt Korobov. All the other big Middleweight fights are at DAZN so he is stuck fighting guys like Brandon Adams.

No offense to Adams who is a very solid professional and just won the reality show “The Contender.” Butttt there is a reason he was on “The Contender” in the first place. There is always a possibility for an upset, I just do not think Adams is on Charlo’s Level.

Charlo by 4th round KO.

Implications: This will be “Boo Boo” Andrades second defense of his WBO Middleweight Championship. He has long been someone people have avoided due to his slick southpaw style and rangy skills. He was a champ at 154 lbs. and now holds a piece of the pie at 160 lbs. As we read above the division is nonsense right now but truly Canelo and Andrade are the only real belt holders in the weight class. Wait but there at the same network, why don’t they fight you ask? Oh yes because as Boxing fans we have to be patient for all good things (slowly puts gun to head).

Andrade’s opponent for Saturday is Polish beast Maciej Sulecki. Sulecki is a tough guy who’s only loss is to former Title Holder Daniel Jacobs. He likes to apply the pressure and wear down his opponent. He did have a lot of trouble in his last fight against Gabriel Rosado, so we will see how he deals with the slipper Andrade.

I think the styles actually match up perfectly for Andrade and he will be able to counterpunch his way to a late round stoppage in this one. Andrade by 10th round stoppage and I hope he can find his way into a Canelo fight soon so we can find out how good he really is.

I hope everyone enjoys the jam packed weekend of fights!

*My pound for pound lists are below. 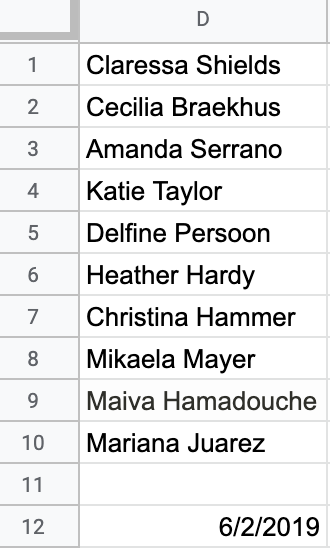