Okay Juicers, so I am doing this 30 day Film Challenge that should really give my thoughts and emotions an interesting time during the next month of quarantine. Day 17 asked me to choose my favorite film sequel. Well there are so so many good ones to choose from, but really only one right answer for me, and that is Star Wars Episode V: Empire Strikes Back.

The adventure continues in this “Star Wars” sequel. Luke Skywalker (Mark Hamill), Han Solo (Harrison Ford), Princess Leia (Carrie Fisher) and Chewbacca (Peter Mayhew) face attack by the Imperial forces and its AT-AT walkers on the ice planet Hoth. While Han and Leia escape in the Millennium Falcon, Luke travels to Dagobah in search of Yoda. Only with the Jedi master’s help will Luke survive when the dark side of the Force beckons him into the ultimate duel with Darth Vader (David Prowse).

“Never Tell Me the Odds”

How do you begin to talk about Empire Strikes Back? One of the most revolutionary, visually pleasing, and just straight up fun movies of all time. Now of course there have been many great sequels over the years. Godfather Part 2, Temple of Doom, Terminator 2, The Dark Knight and on and on, however none have had the lasting and worldwide impact of Empire Strikes Back.

What is even more impressive is that after the incredible success of the original Star Wars, there was an immense amount of pressure on George Lucas and company to deliver an equal or better sequel. So much pressure that Lucas decided not to direct this one and tabbed Irvin Kershner to do it. Even with all that pressure they delivered a magical and far-reaching movie that holds up today as one of the great cinematic achievements ever.

Now what makes the achievement so great you ask? First lets talk about all the new set pieces that they bring to the table. The incredible white eternity of the snow planet Hoth and the amazing battle against the walkers that takes place there. Or how about the claustrophobic and scary jungle planet of Dagobah where Luke meets the indelible Master Yoda, and learns how to become the Jedi he needs to be. We can’t forget about the futuristic and technologically advanced planet of Bespin where they have cities in the clouds? All of these different planets make this such a distinct and special world, and a big reason why people love Star Wars to begin with.

Next thing that makes this movie great is the continuation of some of the greatest characters in history. Luke grows even more from Farm Boy to Jedi, Han and Leia grow in love but not without each showing their bravery and wit individually, and of course we get more of Darth Vader (the greatest Villain in history). The biggest development of course is at the time one of the most shocking twists in movies, which was that Vader was Luke’s father. It was only in James Earl Jones script so the reactions are genuine, and it just brought a new element to the series. Of course, it has been duplicated over and over again over the years, but never to this effect.

You also cannot talk about the greatness of Star Wars, and especially this movie, without talking about the G.O.A.T. John Williams. The man has 52 Oscar nominations people, second to only Walt Disney (ever heard of him?). Empire’s score has all the Star Wars trademarks but gets bumped up because it is the first time we hear the iconic “Imperial March.” It is a trademark now for villainy in Star Wars and honestly Star Wars isn’t Star Wars without that song. 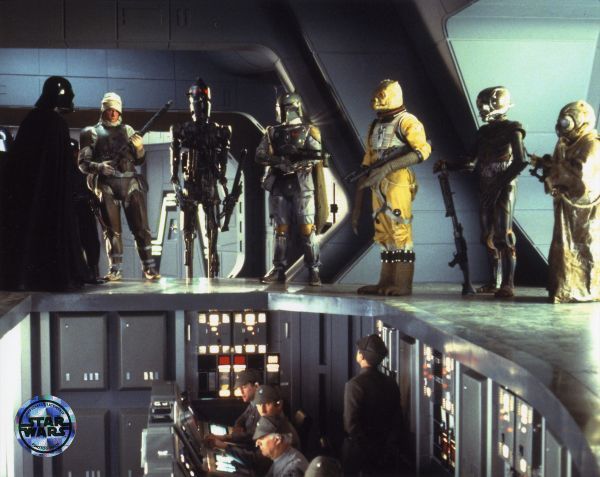 Plain and simple Empire is a perfect movie in every way. You get all the cool and nerdy Star Wars stuff that I am obsessed with, along with incredible cinematography, a majestic score, and historically memorable characters. I love everything about this series but this is just a notch above all the rest.

*You can find my Star Wars Rankings here.

One thought on “30 Day Film Challenge Day 17: Empire Strikes Back”