Okay Juicers, so I am doing this 30 day Film Challenge that should really give my thoughts and emotions an interesting time during the next month of quarantine. Day 4’s prompt is to choose a movie with a number in its title. So I chose a movie I had somehow never seen which is Best Picture Winner 12 Years a Slave.

In the years before the Civil War, Solomon Northup (Chiwetel Ejiofor), a free black man from upstate New York, is kidnapped and sold into slavery in the South. Subjected to the cruelty of one malevolent owner (Michael Fassbender), he also finds unexpected kindness from another, as he struggles continually to survive and maintain some of his dignity. Then in the 12th year of the disheartening ordeal, a chance meeting with an abolitionist from Canada changes Solomon’s life forever.

During this time of Quarantine a lot of our freedoms have been taken away from us. It has disrupted all of our lives and makes us feel trapped on some level. However, the story of Solomon Northup (Chiwetel Ejiofor) that 12 Years a Slave follows, gives me good perspective on what being trapped and having your freedom taken away is really like.

Directed by the already great Steve McQueen (Widows) this is a story about a free man who was drugged and sold into slavery for, you guessed it, 12 years. He shows ferocious courage, immense wit, and unending empathy for everyone in his situation. All while being constantly beaten by master after master. His struggle and eventual freedom is one of the most harrowing I have ever seen put to screen. The portrayal of him as well by Ejiofor is stunning and worthy of all the praise it got.

Speaking of all those Masters, lets rate their Asshole levels shall we. (1 being not an Asshole and 10 being the biggest Asshole)

I cannot believe it took me this long to turn this movie on, but I am glad I did. It is such an important story of strength and faith and one of the best movies of the past decade. No person should ever have to go through something like this. 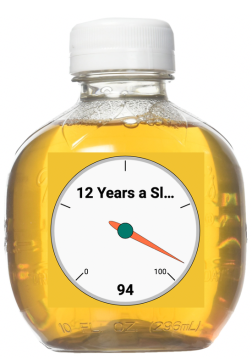