During the 1996 Summer Olympics in Atlanta, security guard Richard Jewell discovers a suspicious backpack under a bench in Centennial Park. With little time to spare, he helps to evacuate the area until the incendiary device inside the bag explodes. Hailed as a hero who saved lives, Jewell’s own life starts to unravel when the FBI names him the prime suspect in the bombing.

Clint Eastwood came out with his masterpiece in 1992 called Unforgiven, it won Best Picture and everyone felt like he was almost riding off into the sunset at the age of 62. Since then he has made like 20 more movies including but not limited to: Mystic River (Best Pic Nominee), Million Dollar Baby (Best Pic Winner), Gran Torino, Invictus, J. Edgar, Trouble With the Curve, American Sniper (Best Pic Nominee), Sully, The Mule and many more. His efficiency and skill at his age is unmatched. His new movie Richard Jewell is similar to his latest movies where he is telling a true story about someone you may not have heard of that has done some great things for the world. 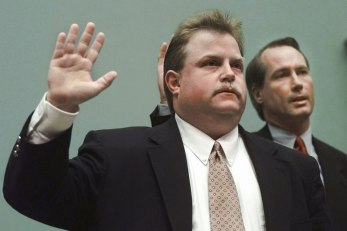 Based off this vanity fair article, Richard Jewell tells the story of the titular character who noticed a bomb in Centennial Park minutes before it blew up. He was able to save a a ton of people, however the FBI and the media touted him as the lead suspect to a profile he matched and the fact that he seemed weak. This movie shows us how he had to hole up in his house for 88 days while being accused and made fun of all over the world.

This is very much a character driven movie because as good as Eastwood is there are a lot of times in this you can he tell he was like “okay whatever that take works.” There is a concert scene in this that looks like he grabbed some extras from the set and was just like “okay guys sway for a few minutes here.” Even with some production flaws the story and the performances are still quite strong.

This guy was relatively unknown to me going into this but after his incredible performance and hearing his personality on a couple podcasts, he might be my new favorite person. He transformed into Jewell and gave a stunning performance. When he finally loses it in the climax it is a special piece of acting. I cant wait to see what he does next.

This stock up is more for the run he has been on which is Vice, Best of Enemies, Jojo Rabbit, and now this. He is just doing Sam Rockwell things in all of them but his stock does keep rising. I love how funny yet caring he is to Richard in this role.

Listen here Juicers, I love Cougar Town, I watched it live and I still watch it on Hulu. Ian Gomez is the man and I love seeing him any time on screen. 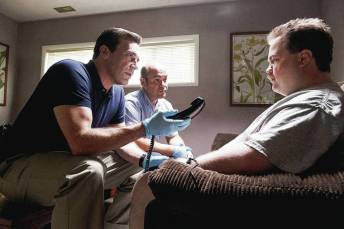 This is a very Clint Eastwood movie and the Boomers are going to LOVE this. It is a very important story with fantastic acting, it just falls a bit short with the overall feel of the movie though. A little bit more craft and this could have been one of the best movies of the year.