*I mean its Harriet Tubman..

From her escape from slavery through the dangerous missions she led to liberate hundreds of slaves through the Underground Railroad, the story of heroic abolitionist Harriet Tubman is told.

Biopics are tricky movies, because you want a story that sticks to the facts, but also is entertaining. You also want an actor to embody the character they are playing but not just mimic them as well. So there is a delicate balance going on in all of these stories. That is why a lot of them do tend to stick to a formula of some sorts in order to achieve success.

The new biopic about Harriet Tubman, directed by Kasi Lemmons, does tend to overdo that formula a lot though, in order to tell the story of one of the greatest Americans to ever live. We open basically with Harriet’s (Cynthia Erivo) first escape from slavery, and that sets off a trend of everything moving really fast with not a ton of substance in between. Very quickly we see her rise of the ranks of the Anti Slavery movement until she is known as “Moses” the slave freer.

I think the main issue with this movie, even though it is enjoyable for much of it, is that it feels just like a 100 minute montage of Harriet’s life. There is not a ton of depth there for Cynthia Erivo to really explore. We get a couple good speeches, some tears, and roll credits. I think for me I just wanted more from the character because I really loved the portrayal.

Stock Up – Cynthia Erivo carried this movie from start to finish. I have noticed in her roles in Bad Times at the El Royale (Juice Rating 74/100), and Widows (Juice Rating 87/100) that she is an extremely confident and powerful actor. She also is a great singer from her Broadway days and used those pipes throughout the movie. She brought it for the entire movie and really brought the house down.

Harriet is a movie that will run on cable for awhile and will fine to flip on, but it is a middling biopic in my mind. Solid entertainment but not enough depth in order to really understand the greatness of Harriet Tubman. 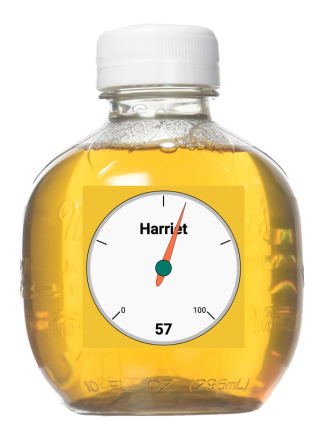 One thought on “Harriet Review”