*The trailer has some spoilers as well…

There is something Brad Pitt’s Character Roy Mcbride says about space near the climax of this movie, “The vastness is getting to me.” The vastness of space is what always has intrigued me and somewhat scared me about the idea of the great beyond. The new movie Ad Astra engulfs you in that vastness in a way not many movies have before.

Directed by James Gray (Lost City of Z), Ad Astra tells the story of the aforementioned Roy McBride who is an astronaut in the space division of the United States Army (hello Space Force). His life is turned upside down when he is informed that his father might still be alive. So he sets out on a quest, to find his long lost father and stop surges of anti matter from across the universe (Sounds pretty crazy I know.) He has adventures along the way on the Moon, on Mars and even near Neptune! Yes based on the that last sentence you can tell the writers used the term “in the near future” very liberally. I mean, there is literally an Applebee’s and Pirates on the MOON!

The aspect of Roy’s personality they decide to focus on the most is his ability to keep his resting heart rate below 80 bpm at all times, even during perilous sequences. This is made especially clear as we watch him stay calm through monkey attacks, asteroid fields, and endless psych evaluations.

The story can drag and wear on you a bit but the camera work and music in this really kept me engaged and involved throughout the run time.

Stock Neutral – I meannnnnn hes Brad Pitt hes been one of the biggest stars in the world for like 100 years. Am I going to sit here and tell you he is a good actor, well duh! The guy is obviously a genius and he absolutely nails this role in a much different way than he crushed his role in Once Upon a Time in Hollywood. What a year this guy is having.

Stock Up – James Gray has made many great movies but he really seems to be coming into his prime with Lost City of Z and now Ad Astra. He has a very unique style and seems to always have something to say along with great adventures. I look forward to anything he decides to do next. 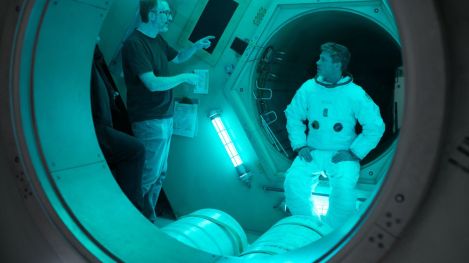 The vastness of Ad Astra is what took me in to this story, but it is the performance of Pitt that really raised the profile of this movie to another level. This movie will not be for everyone and I understand that, however it is one of the best shot and most heart wrenching movies this year. 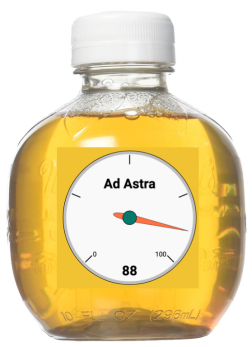 One thought on “Ad Astra Review”