Before we get into this week I do want to acknowledge the passing of boxer Maxim Dadashev. His trainer Buddy Mcgirt stopped his fight on Friday in the 11th round, and after the fight Dadashev had brain surgery and went into a medically induced coma. He unfortunately never woke up and passed on 7/23/2019. My heart goes out to his family and I just hope everyone knows that with as much entertainment we get out of this sport, it has truly harsh realities sometimes that need to be considered. 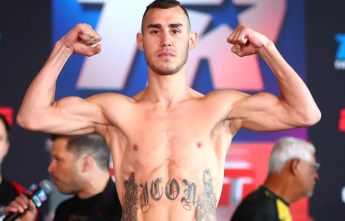 Another fun weekend coming up inside the squared circle this weekend with some exciting matchups and a major unification going down. Here is my preview of all the action. 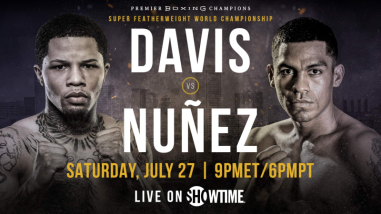 Implications: This is technically another defense of Gervonta Davis version of the WBA Belt, or we can say it is another good step in the development of a possible future star. Davis has been groomed for stardom and this is a big chance at home to make a statement against unknown Ricardo Nunez. Nunez has a good Knockout rate so he might have some power to trouble Davis, however he has been knocked out before and never fought in the U.S. So this is by far the biggest stage of his career so far.

This is clearly a showcase for the small but powerful Davis and a good chance on Showtime to build toward bigger fights. I think he knocks out Nunez in the second round. Implications: This is a major unification fight for the 140 lb. division and one that should be a lesson to promoters on how to properly create big fights. Top Rank (ESPN) and Matchroom (DAZN) got together and made a trade where TR is allowing Ramirez to try and unify here on DAZN, and Matchroom is sending Luke Campbell to ESPN to fight Vasyl Lomachenko. It makes sense for both companies, and it is great for Boxing as a whole. Another great aspect is that the other two champions in the division IBF champ Josh Taylor, and WBA champ Regis Prograis will also fight in a unification in the World Boxing Super Series final this fall. Hopefully if the best laid plans can come to fruition the winner of both of those fights can try and create an Undisputed Champion (wouldn’t that be novel).

As for this fight we have WBO Champion Mighty Mo Hooker at home in Dallas vs. the rough and tumble WBC champion Jose Ramirez. Hooker is a beast who can box but has shown he has some big punches when he needs. He recently knocked out another Top Rank prospect in Alex Saucedo which was a bit of a shocker and looks to continue up the ranks. Ramirez is a guy who will come forward and has skills in order to make this a really difficult fight for Hooker.

I think Ramirez might win some early rounds, but Hooker will start to slow him down, and may stop him in the late rounds. But I am picking Maurice Hooker by Decision.

IBF 130 lb. Champion Tevin Farmer makes another Mandatory Defense of his strap against the Frenchman Frenois. I think this will be another showcase for Tevin and hopefully once he wins we see him and the guy up Mr. Davis, unify the division.

I hope everyone enjoys!

*My Pound for Pound lists are below