Late Night TV is a very interesting topic in American History. For so long Late Night TV was the way people could see the famous people they love, and the hosts were revered throughout the country. Johnny Carson, Jay Leno, David Letterman are just a few of the great names in the history of Late Night. Times have changed though with celebrities readily available through social media, so now Late Night hosts need to be extremely creative in order to stay relevant in our fast moving environment. This is the premise of the new movie Late Night directed by Nisha Ganatra and written by Mindy Kaling.

Emma Thompson stars as Katherine Newbury, who is a pioneer for Women as a late night host. However, she is aging and her show has become stale, so she is advised to hire a female writer in order to spice up the show and hopefully save her career. Along the way her and Molly Patel (Mindy Kaling) become partners and friends in order to both become better people as well.

There was some fun supporting cast members as the writing staff but this mostly felt like a movie carrier by the two of them. I enjoyed the premise and most of my time in the theatre, however it really just felt like a nicer version of Devil Wears Prada and as much as I love Emma Thompson, Meryl Streep is one of a kind.

Stock Up – Mindy Kaling was great in this movie not only as the co star but as the writer as well. Sure it may not be a perfect movie, but her career trajectory from The Office, to the Mindy Project, to this has been. She seems to have a real talent for advocating for diversity in her projects in subtle ways and I think that is commendable. As an actress she was fun, charming, and very easy to root for. I look forward to her future.

Stock Neutral – Emma Thompson has had a storied career and she was perfectly fine in this, even though I wanted her to be a tad better. She was great doing the bitchy boss role, when she started being allowed to be funnier with the show though, she really shined and her greatness came out. She still has many good years of acting left in her for sure.

This is a solid movie for Mindy Kaling’s debut as a writer. She and Emma Thompson have good chemistry and bring a lot to both of their roles. Everyone around them was kinda meh and not very memorable at all. 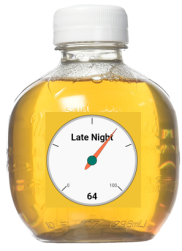 *All of my movie Ratings can be found here.