The Boxing game moves on this week with a couple high profile cards. ESPN+ is putting on a fun filled card out west, while DAZN has its first truly major show with Canelo vs. Jacobs. Here is my preview of all the action coming to your televisions. 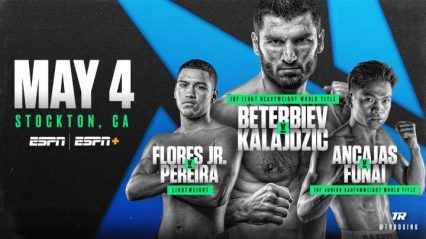 Implications: This looks like a straight forward title defense for IBF Light Heavyweight Champion Artur Beterbiev. He is an extremely decorated amateur who won a World Title in his 12th pro fight and defended it once against Callum Johnson. ESPN/Top Rank is trying to build his name with the stable of great 175 pounders that they have and they hope a fight against “Hot Rod” will do the trick. Hot Rod is a guy who’s only loss is a Split Decision to Marcus Browne in an 8 round fight so he looks good on paper. He has also fought like 20 times in the Barclay’s Center so he has been on a decent sized stage before. However, he fought his last fight in the Tampa Jewish Community Center, so it is not like he has been on the biggest stages.

This will be a test for the massively powerful Beterbiev but I really do not see this going 5 rounds. Beterbiev by KO in the 4th.

The other title fight on the card features IBF Super Flyweight Champion Jerwin Ancajas (30-1-2 20 KO’s) defending his title against Ryuichi Funai (31-7 22 KO’s). This is his 7th defense of the title, however he is coming off a tough draw in his previous fight against Alejandro Santiago. Ancajas has had a lot of hype though on him, mostly due to the Top Rank machine, but he is a fun fighter who has plenty of skills. Funai is more of an unknown, but he does not look like a major threat to the title. I think Ancajas outclasses him and wins a Decision here. 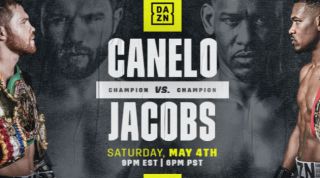 Implications: Simply put this is for all of the Marbles in the Middleweight division. Canelo has the WBA, WBC, and the mysterious Lineal titles and Daniel Jacobs has the IBF title. The only one missing is WBO champ Demetrius Andrade (who also fights on DAZN). This is about as good as it gets in Boxing in my opinion because you have the biggest star in the world of boxing daring to be great. Canelo already has faced Mayweather, Cotto, Lara, GGG twice, Shane Mosley, Amir Khan and numerous others. While Jacobs has fought guys like Peter Quillin, Sergey Derevianchenko, and of course GGG as well. Jacobs likes to come foward and pressure whoever he is fighting, and Canelo is best suited for counter punching off the ropes so they styles should really match up here.

This of course as well would be a PPV fight on any network but you can stream it on DAZN for an extremely cheap price, or free depending on if you did their trial yet. This is easily the best matchup of the year so far, and you do not want to miss it.

Breaking it down though, I just do not see Jacobs winning 7 rounds against Canelo, and even though it will be close Canelo will again pull out a decision.

In the Co-Main event we have Golden Boy’s top prospect in Vergil Ortiz Jr (12-0 12 KO’s) facing off with the veteran Mauricio Herrera (24-8 7 KO’s). Ortiz looks like a beast coming up but this is his first test against a former champion who has become a gatekeeper. Herrera can be tricky and tough but I expect Ortiz to put on a show and get him out of there in the 6th round.

I hope everyone enjoys this incredible event on a relative inexpensive platform!

*My Pound for Pound list can be found here.