Have you ever done anything in your life that was questionable, but you did it to keep yourself afloat? If you have then you can relate to the story of Lee Israel in Can You Ever Forgive Me.

Helmed by Marielle Heller in her directorial follow up to her 2015 debut (Diary of a Teenage Girl), this movie tells the story of the infamous Lee Israel, and her adventures of forging and selling hundreds of letters from dead writers. For a second time director, Heller shows some veteran skills with her pacing and style of this movie. For a story just about letter forging it never felt slow, or boring, which is no easy feat. I am very excited to see her next movie the Mr. Rogers biopic called A Beautiful Day in the Neighborhood (starring Tom Hanks and Matthew Rhys).

This movie stars Melissa McCarthy, and yes i know what pops into your head when you hear that…

And do not get me wrong, she is one of the best female comedians of the last decade. But now she’s trying to do the classic comedy to drama switcheroo, and got herself an Oscar Nomination in the process! Would love to see her hoisting that statuette like she did when she got her Emmy. 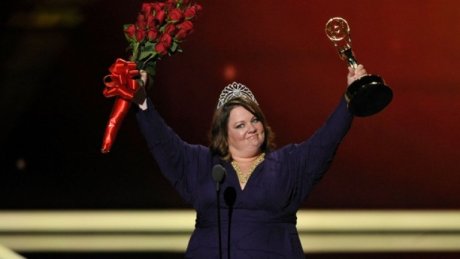 McCarthy plays Lee Israel, and seemed to really understand that Lee really enjoyed doing the forgeries and how great of a talent she was as well. That is what is lost about Lee Israel’s life, yes she was a crook, but a damn talented one at that. McCarthy really nails all the subtetly and cautiousness I can imagine Lee took in her crimes. McCarthy is phenomenal in this and really loses herself in the role, I was astonished walking out of the theatre.

Her partner in crime is Jack Hock, played by Richard E. Grant. He plays an unrelentingly positive homeless man, who shows Lee how to enjoy her life again (mostly by just pounding drinks together). Grant and McCarthy have incredible chemistry and kinda made you feel sympathy for both of them at different points throughout the story.

There were times that I thought the film could have been a little tighter, and gotten in a little deeper on Lee’s past. Overall though Heller keeps the runtime short, and there are worse things than that in life.

* A couple other tidbits:

This is an incredible story and even if you do not see the movie, look up Lee Israel and learn about her. Still though, see the movie its a fun time!

*As always you can find all of my movie ratings here.

2 thoughts on “Can You Ever Forgive Me Review”