*You know what it is

When the game Angry Birds came out for the iPhone it was a global phenomenon. The game has been downloaded billions of times and it now has spawned a movie franchise. This franchise is being shepherded by Sony Animation who have a decent track record of movies.

Nothing too spectacular yet but they are making solid flicks barring the Emoji Movie and Angry Birds 1. Yes Angry Birds 1 was a travesty (Juice Rating 31) of a movie but it still made $350 million worldwide so of course there needed to be a sequel.

As with all animated movies here are my grades for the different categories that are prevalent throughout all animation.

Animation – A I thought this category was the best part of this movie. All the characters really popped off the screen and looked and felt great compared to the video game counterparts. You can even see in the clip below the attention to detail with a path being made as Red slides down the ice.

Voice Cast – C The weird part about this one is that the cast is very recognizable and I like a lot of them. 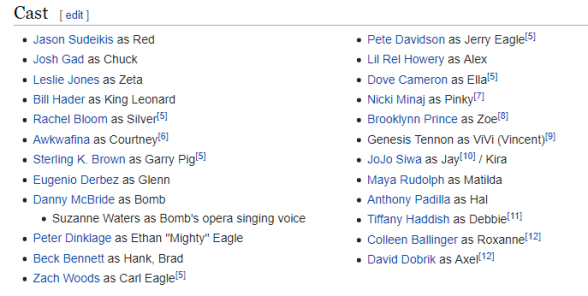 There was just no memorable performances at all and even the main characters did not distinguish themselves to me. When I think back on this movie I really just would not be able to pick out who did any of these characters, even newcome Leslie Jones who tried to be a great villain, it just did not land.

One more quick note is that Tiffany Haddish is just banking this year in animation with her third performance this year: Lego Movie 2, Secret Life of Pets 2, and this.

Music – D Really nothing here except a couple good scored moments. No fun original songs or anything that impacted me.

Story – C- There were some people I saw praising this movie for the new story and making this more of an adventure. For me there were only small parts of this movie that worked, and most of that was the interplay between our main 3 birds. Other than that nothing with the Pigs or the Eagles really resonated with me and just felt like they were taking trope after trope and just throwing them into a mishmash of a plot.

For a shorter movie, I also felt bored a couple times which should never be the case in a movie like this.

At the end of the day this was a sequel to an already bad movie. Animation is tough when you try to toe the line between a kids movie and adult movie, and this movie does a poor job of that. There are some funny moments but overall this was relatively unmemorable for me. 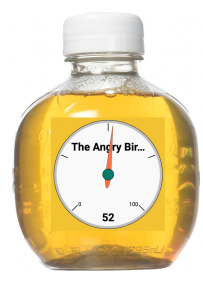