What an absolutely incredible card we had in Vegas this weekend for UFC 239. There were prospects, knockouts, and incredible skills all displayed throughout the night. Here are my thoughts on all the action.

It only took 72 seconds! @EdmenShahbazyan improves to 10-0 at #UFC239 with the first round stoppage! pic.twitter.com/dHhBOjkBS4

2. Song Yadong might have the most power in the 135 pound division and will be a very valuable asset for the UFC moving forward in China.

The right hand puts Perez away in the FIRST ROUND!

3. Luke Rockhold really should think about retiring after another brutal knockout at the hands of Jan Blachowicz.

This is a human car crash pic.twitter.com/1CGBcFduac

5. Amanda Nunes is the Female G.O.A.T and after Saturday seems like a true superstar. She knocked out Holly Holm with the Holly head kick, bringing back shades of when Gabriel Gonzaga Cro Copped Cro Cop.

I really do not know who is going to beat Amanda, and I think she will hold the belts in both divisions if she wants to for a long time.

6. Jon Jones showed why he is the greatest fighter of all time with a methodic performance against extremely game Thiago Santos. Santos fought on one leg after blowing out his whole knee and still made this a split decision. Jones showed championship mettle and got the job done though. This is just a brutal sport though…

After a five round battle at #UFC239, both @JonnyBones and @TMarretaMMA leave in wheelchairs ♿️ pic.twitter.com/iydTVOFsUn

I hope everyone enjoyed the barbaric human cockfighting and we have another card to preview later this week!

*My pound for pound lists are below. 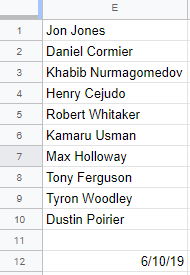 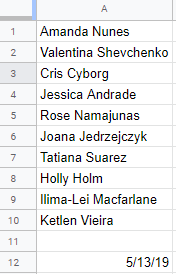