What an absolutely amazing weekend of Boxing. Our highest profile fights ended with Knockouts and definitive scores so for once there really were no controversies. Just good clean boxing. Here is my recap of all the great action.

We start with the Semi Final of the 118 lb. World Boxing Super Series. We had a great matchup between WBA Champ Naoya Inoue and IBF Champ Emmanuel Rodriguez. Unfortunately, there are just levels to this game and Inoue looks like he legitimately might be the best fighter in the world. He has not even fought 10 minutes at Bantamweight in three fights and has three devastating knockouts to go along with it. He destroyed Rodriguez with Hooks and Body shots and looks like a Mini Tyson. Truly what a fighter he is, and I have now placed him firmly in my top 5 Pound for Pound.

*Highlights for this fight are below.

In the main event we had the Semi Final for the 140 lb. iteration of the WBSS. Josh Taylor faced off against Ivan Baranchyk for the IBF title. It went pretty much how I said it would where Baranchyk came forward and Taylor just boxed his head off for the first eight rounds, dropping him twice. Then maybe Taylor got a little over zealous or tired and Baranchyk came back like a force making the fight a tad closer, but it was never really in doubt especially because the fight was in Taylor’s native Scotland. Josh Taylor is the new IBF champ and will fight WBA Champ Regis Prograis in the Tournament final, and that should be an amazing fight.

*Highlights of the bout are below.

It is simply time to fight Anthony Joshua, nothing more needs to be said.

*On his undercard Mr. Gary Russell Jr. made his annual appearance inside the ring and beat another guy who was just tailor made for him. He beat the crap out of Kiko Martinez until the ref mercifully stepped in. Hopefully he fights someone in the Top 5 this year and backs up all the crap he talks.

*Oh and new Warren Boxing Organization Super Middleweight Champ Billy Joe Saunders fought against a guy this weekend that you have never heard of and will never see again. Thats all I have to say about that.

I hope everyone enjoyed another great weekend in Boxing! 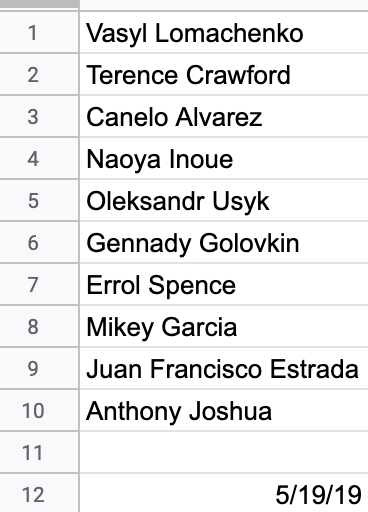 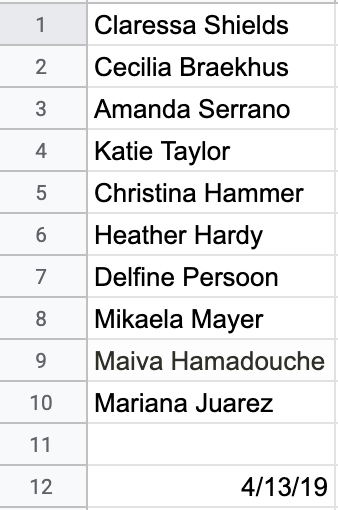