At the beginning of last season Coach Ben Olsen was having a really hard time finding an identity for one of the leagues most historic franchises. It looked like they would open up their new stadium by floundering their way to the finish. That all changed July 1 when Wayne Rooney showed up.

Over the second half of the season this team became unstoppable behind the Luciano Acosta and Rooney Duo. They went on a historic run (10 game unbeaten streak) to make the playoffs and capped it with one of the greatest plays in the history of MLS.

Unfortunately they lost in the playoffs in a shootout to the Columbus Crew, but they gave their fans a hell of a ride and opened up Audi Field (12-2-1 there last year) with a BANG! 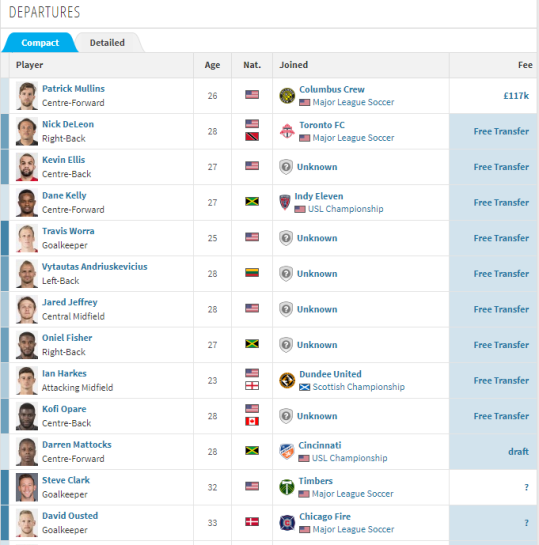 This upcoming season I assume D.C. will want to pick up right where they left off at the end of the regular season last year. They have Rooney, and Hamid back and Acosta (for now) ready to battle in a shallow Eastern Conference. We also saw Junior Moreno make a huge jump last year to become a starter in the midfield, and I think we will see him become one of the best mids in MLS this year. D.C. had a decent SuperDraft picking Akeem Ward in the first round out of Creighton. He should be able to learn for a year behind loanee Leonardo Jara for a year, and then star running the wings. Paul Arriola is always great in the middle as well, but again this team will hinge on veteran Steve Birnbaum and the defense.

If the defensive corps holds up, this team has a chance to make a real push to the top of the conference. I am really high on these guys so I think they will make the playoffs and possibly make a push for the final once they are there.